Top 10 Games EVERYONE should PLAY at least once! 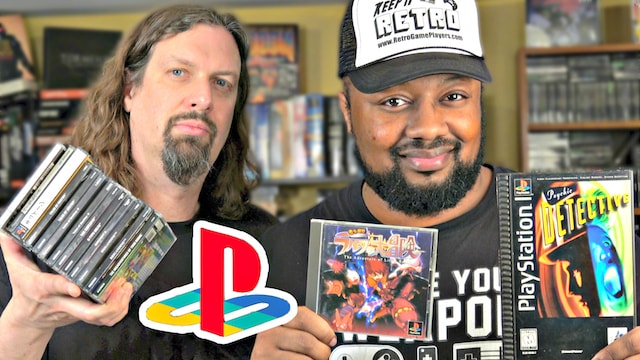 Radical Reggie shows us the most rare and expensive games for the PS1. Reggie owns an impressive collection of North American and Import Playstation 1 games.

VIDEO NOTES:
Suikoden II
– The game features over 100 recruitable characters
– Games has three types of combat: Regular battles, Duels & Massive Battles
– Game is often sighted as one of the best PS1 RPGs ever made

Tales of Destiny I & II
– Tales of Phantasia (Super Famicom) was the first game in the Tales series
– Tales I was remade for the PS2 with 3D environments, new sprites and enhanced combat
– Tales II is called Tales of Eternia in Japan
– Tales II was eventually ported to the Playstation Portable with better load times

Brigandine
– Brigandine is a tactical role-playing game
– The goal of the player is to conquer the entire continent of 6 fictions nations
– In 2000 a remake was released called Brigandine: Grand Edition that adds multiplayer support and other new features

Tail Concerto
– Tail Concerto is inspired by Super Mario 64 and Nights into Dreams
– Developer CyberConnect also created the .Hack series of PS2 RPGS as well as Naruto games
– Solatorobo: Red the Hunter (DS) is the spiritual sequel to Tail Concerto

R-Type Delta
– Delta, the fourth letter of the Greek alphabet and this is the fourth game in the R-Type series
– First game in the series to be rendered in 3D

The Misadventures of Tron Bonne
– the prequel of the first Legends game
– Japanese version included PocketStation support whereas the North American and European version did not.
– You play as anti-hero Tron Bonne, sister of the criminal Bonne family of air pirates

Psychic Detective
– The game takes about 45 minutes to play through once. But dozens of alternate paths & endings are possible
– The PS1 version is censored compared to the PC and 3DO versions, which contain adult language and sexual content

Starblade Alpha
– Starblade Alpha is available on Sega CD, 3DO, PS1, arcades and iOS
– An arcade sequel was made called Starblade: Operation Blue Planet but was never released.

Harmful Park
– Four weapons include: Potato, Ice Cream, Pie and Jerry (Jelly)
– Each weapons can be powered up to level 3
– some boss characters are more attractive at higher difficulty levels and uglier at easier difficulties